Took a few shots of the concept II this morning.They are not the best as the shinney gel coat would reflect it self in to the camera. The boat looks like a big vacume formed kit,But everything is hand layed up in epoxy aircraft fiberglass. The first shot shows some of the parts,clear lens are being made for the nose, sail windrows,and front belly nose lights.There are also four rear water intakes gills for the pump jet. I was not going to post any pictures as yet,as you can not see to much of the detail.I will try for better pictures tomorrow if I get time.Also the rear of the pump jet housing has to be completed.I really like the way the seam is hide,so you can very easy install the rc equipment in the boat. Anyway these pictures will give you an idea of the progress being made.Hope you like it.Dennis. 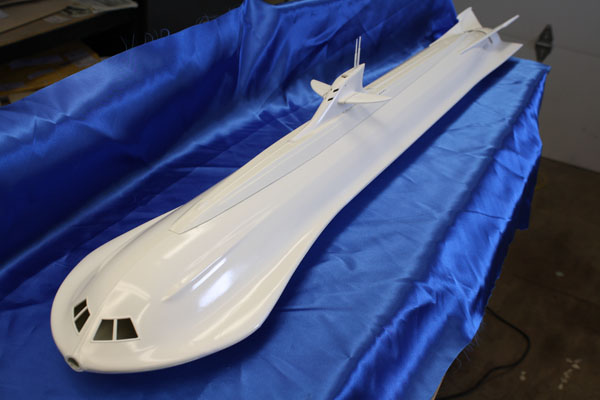 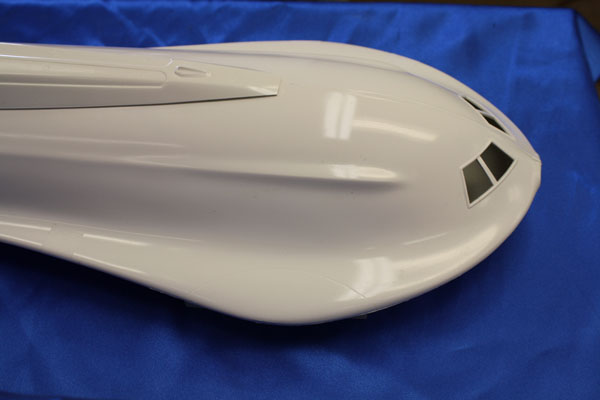 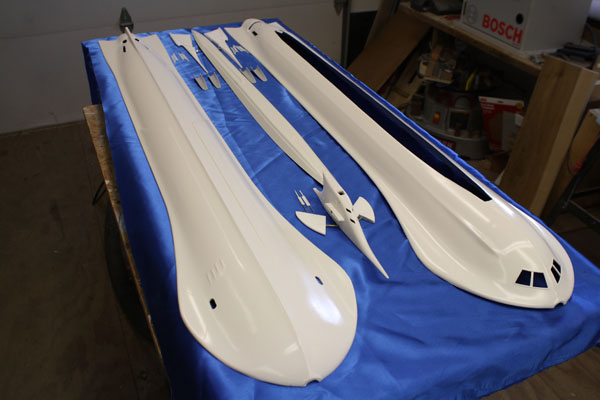 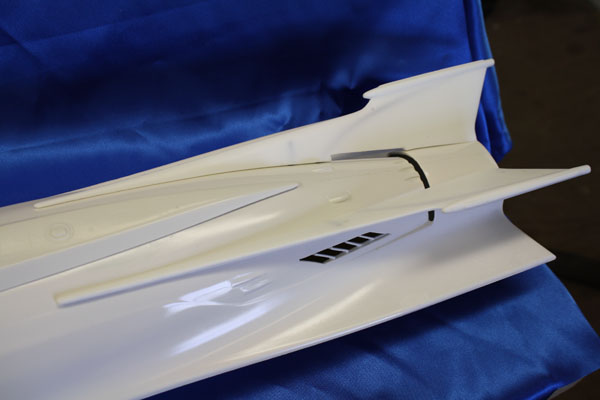