A while back I talked to a gentlmen about the seaview submarine.I knew the submarine very well,as I have built the sub before.He had the moebius thirty nine inch seaview.It is a very nice model with lots of detail. He wanted a change to the nose and sail as they were not to scale like the movie model.After we talked a while,I told him that I could design a new concept futher in the future if he wanted that. He then got excited and told me to go for it! I wanted to use the new SSN 21 Seawolf design as a starting point.I then went beyond that.The old Seaview design had a even circle body design. The design was really taken from the old 571 Nautilus sub made in the 50s.The main body, top deck, and twin screw design was a starting point for the 60s seaview. 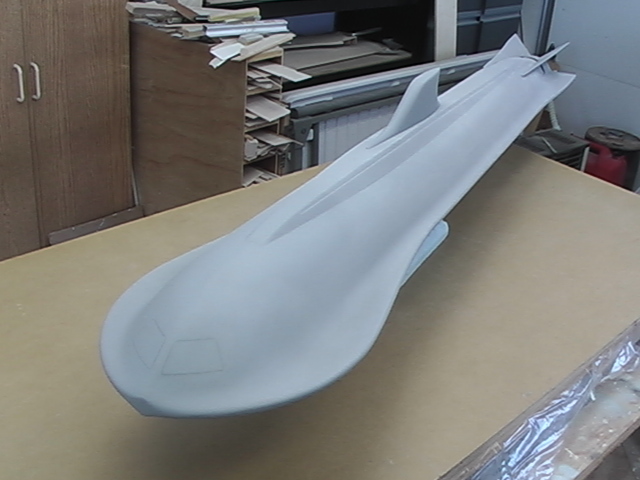 Even the sail on the nautilus was sloped to the front to make the sail more streamline. When it was all done a very beautifull sub was made.Ayway this is why. I wanted to made this new design more stealth.The new hull is a oval design instead of the even circle.A new design top deck was made,with a more streamline shark type sail. The rear has one large jet pump system. I wanted to put on one rear rudder for less drag ,thru the water. 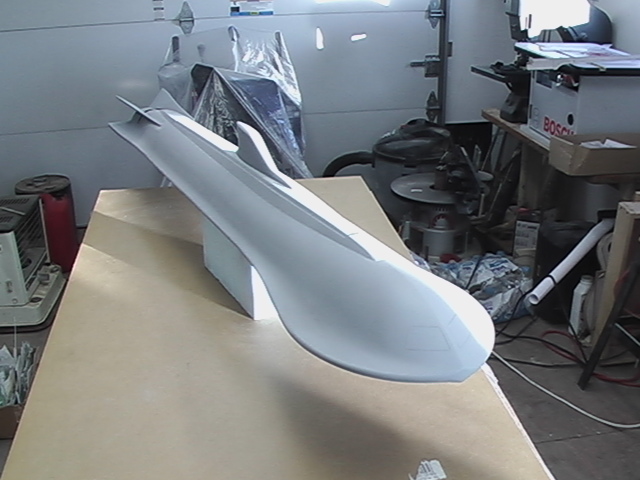 But my friend wanted the twin rear fins for a more even look.So new rear design tail fins were made.The subs nose does not have the nose bulge,like on the old seaview.This design has a even transion from bow to stearn.I have a long ways to go on the completed design,but I thought some of the seaview fans might enjoy seeing this concept for the fun of it.I still love the orginal seaview design,as there will be only one seaview! I thought it would be fun to try some different.